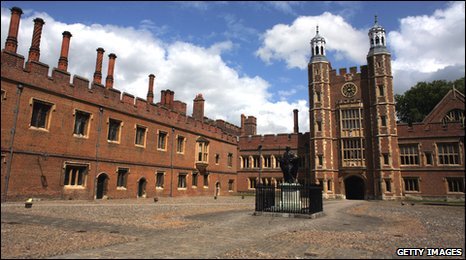 How the admissions process at UK independent schools really works.

This is the time of year when parents are starting to finalise their choices of which school their child will go to this September (2017). Whether it is for 11+ or 13+ entry to such selective schools, do we really – no, really – realise how lucky we have been in securing a place at these highly competitive ‘institutes of excellence’?

Although written a couple of years ago now (March 2015 to be precise), I found an article in the Spectator magazine which underscores exactly how hard this whole process is – as if we didn’t already know!

The Spectator quotes Bob Stevenson, the Lower Master at Eton (who writes their pre-test) as saying:

‘We have 1,300 applying for 250 places. The test is a cognitive test, designed to give an indication of a boy’s underlying aptitude. It’s different from other tests, so boys can’t practise for it: there are no questions anywhere else that would resemble the test’s questions.’

Eton’s selection process is actually quite complicated though – as Stevenson goes on to say – it would be easy just to take the top 250 performers in the test. But it doesn’t work like that.

‘We interview every boy, to find out whether what the prep-school or primary school have told us about them is accurate. We’re looking for a spark in lots of ways. We’re not just looking for the brightest boys. We go through each candidate and rank them, comparing five rankings. It’s the most difficult thing we have to do, as there are huge numbers of boys who would fulfil the criteria. But sometimes we have to say no.’

The interview process has become far more difficult over the past few years. The rise in numbers applying for such selective places has skyrocketed – not only among UK and EU citizens, but from countries much farther afield, too. So, the pressure to ‘Get In’ is much greater than ever.

The situation is the same at other top independent schools, too. 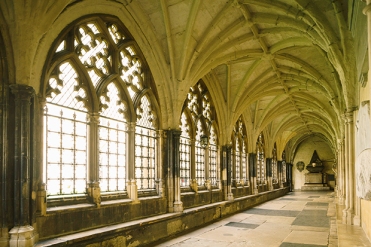 And, the same goes for St. Paul’s School for Boys where Andy Mayfield, director of admissions,  said,

‘About 600 apply for 90 places. When we saw the numbers jump from 400 to 600 recently, we decided we just couldn’t interview all those children. We needed to find some way of reducing the numbers down to 350.’

Numbers show that you have a one-in-three chance of getting in to Westminster and a one-in-four chance of success at St. Paul’s.

But what about the late developers, the journalist at the Spectator goes on to question. Andy Mayfield agrees, and that’s why he says they have a reserve list. But still, the pressure of competition for many parents is too great.

That’s where tutoring comes in – and the schools know it!

Over-tutored students can apparently be spotted a mile off. So, some schools such as Brighton College, Westminster and Wellington have started to introduce a 6-hour interview process – exactly with the aim of spotting those overly tutored students who, they say have been over-tutored to the point that they act like ‘performing animals.’

An article in the Telegraph from Sept 2016 shows how this Schools’ Admissions Process has changed, and many more schools are set to follow suit. Many have even dropped Verbal and Non-Verbal Reasoning tests since these are where over-tutored students are most apparent. Some schools now are starting to require only Maths and English to be tested.

“At my own school, we have spent the last three years redesigning our 13+ admissions process and now place significant emphasis on collaborative, problem-solving activities for which no preparation can be done in order to allow candidates to set aside their ‘tutored selves’ and show as many sides of their character and personality as possible.”

But this is all news from one or two years ago. What about numbers of applicants for this year – 2017?

Well, parents I’ve spoken to who’ve had children sitting 11+ tests this year have all reported the same thing – the numbers seem to continue to rise.

But it seems now that a quick-fix tutoring style approach to Getting In is not enough. If we want success at these schools – both in entrance tests and when we’re actually in – we parents need to start thinking more about the ‘person’ we want our child to be, rather than/as well as what school we want him or her to get into. I suppose it requires a more ‘back to basics’ approach. You know, the one where we actually TALK to our kids about the world over dinner, let them know what’s going on in Syria, Russia, America etc. rather than just focussing on the results of their latest 11+ Bond Assessment Test.

Regardless of all the talk about spotting over-tutored kids though, those of us parents who want an independent school education for our children will keep doing it, won’t we?  But it seems that the style and manner with which we achieve this needs to be revamped.

You can read more about this topic at The Telegraph – Independent Schools Change Admissions Tactics… and at The Spectator’s The Truth about private school admissions.